The odd one out among the “battery metals” is critical for the green revolution. But how can investors gain exposure to this complex industry? 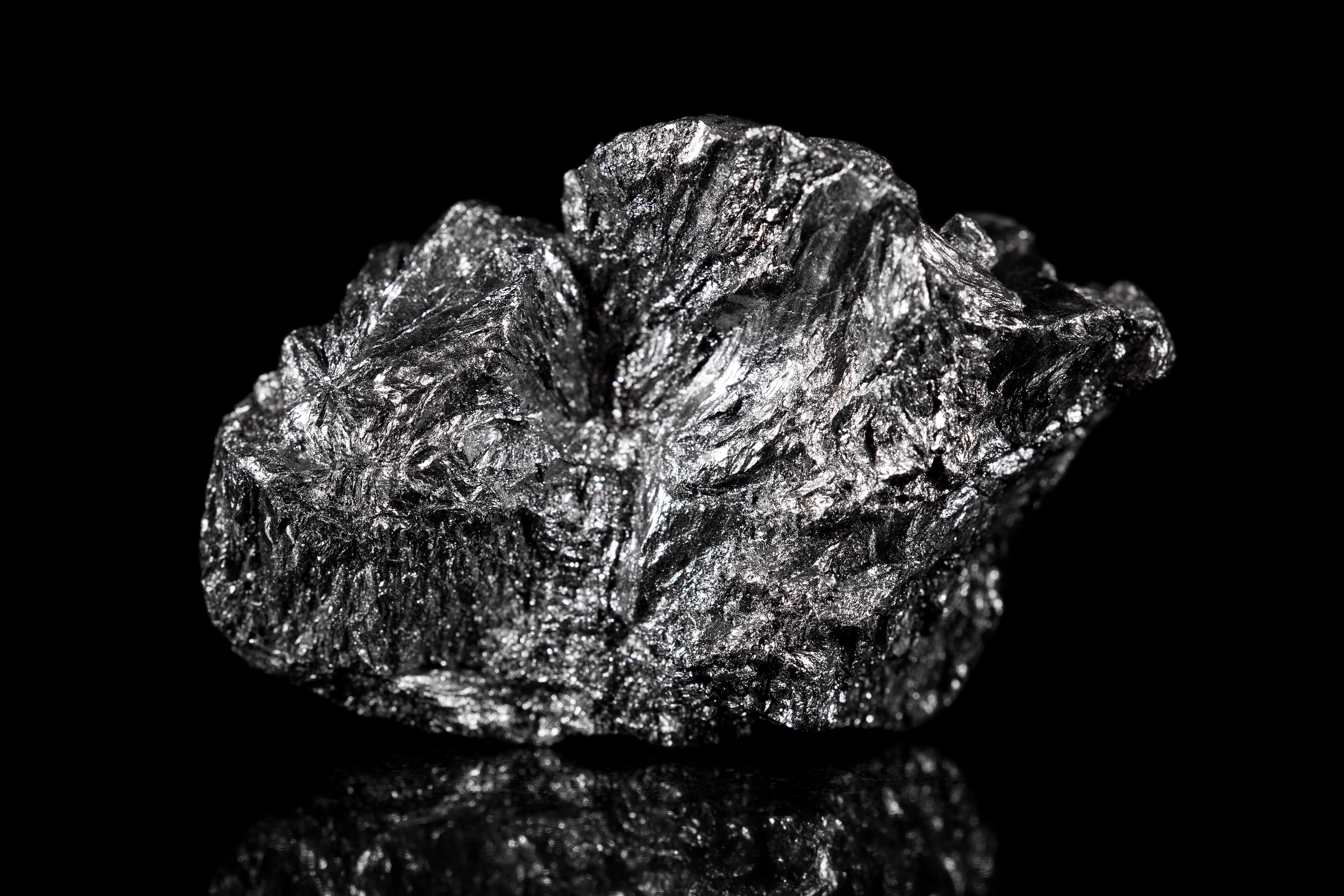 If you would prefer to download a pdf version of the below report, you can do so by clicking here.

‍Battery metals, often considered the building blocks of the green revolution, attract much attention from analysts and commentators. The bullish demand trends for lithium, cobalt and nickel in particular often dominate coverage of the sector, yet in this report we draw attention to another lesser-known battery material, graphite, which alongside several others such as copper, silver and rare earths, presents a particular opportunity for investors looking for exposure to the growth of green technology. While often overlooked, graphite is among the primary beneficiaries of the green energy revolution, being a core material for battery production and green steel, with demand forecast to soar:
‍
‍• Graphite is required for lithium-ion batteries used in electric vehicles (“EVs”), representing c.20-24% of the material needs in a battery. It is also used in refractory, metallurgy, and industrial applications, and plays a key role in the development of grid storage.

• From 2020 to 2040, a 22x increase in graphite for energy technology demand is forecast, and a 10x increase  across all applications (Benchmark Mineral Intelligence), an increase second only to lithium. • Graphite supply and processing for batteries is highly concentrated (>95% of processing is in China), yet there  is an opportunity for new Tier 1 suppliers to emerge.

• As an active investment manager specialising in natural resources, our team has built exposure to high  quality producers and processors of graphite, a strategic, fast-growing sub-sector of the mining sector.
‍‍

The graphite market is often perceived to be complex not least because graphite, unlike lithium, cobalt and nickel, is  not actually a metal, but also because most of what is thought of as graphite is actually coal or oil, in the case of artificial  graphite and a mineral for natural graphite. Natural graphite is formed when carbon is subjected to heat and pressure  in the earth’s crust and in the upper mantle. In a similar manner to diamonds, which are also composed purely of  carbon, the graphite sector is best thought of as many segmented markets which nevertheless all ultimately impact on  each other. A primary issue is that, despite strong demand growth in recent years, graphite has so far been a difficult  sector for investors to generate returns from. Yet as specialists in the resources sector, the opportunity we see in the  graphite sector illustrates the benefits of the sub-sector focus which we undertake as a core element of our Electrum  strategy, as the new green commodity supercycle gains pace.

In this report we address the major incremental sources of demand for graphite, most notably electric vehicles and  electric arc furnaces. We then delve into the potential supply scenarios across the value chain, including consideration  of the carbon intensity of production and offsets.

While graphite is used across a range of sustainable industrial applications, from steel recycling to nuclear energy,  undoubtedly the most significant growth area for graphite demand is electric vehicles (“EVs”), due to the fact that graphite is a core material required for battery production. A lithium-ion battery has two opposing terminals, the  cathode and the anode, which the lithium ions transfer between discharging energy as they do so. Typically, the active  ingredients on the cathode side include lithium in a paste with other metals such nickel, cobalt, iron, phosphate and  manganese. Yet the anode is mostly pure graphite, which helps explains why typically twice as much graphite aslithium  (on a carbonate equivalent basis) is required in a lithium-ion battery.

The graphite market is however significantly larger than the lithium market, and as such has been able to absorb this  new demand more efficiently. Yet as we look ahead, we anticipate that EV demand for graphite will expand from c.14% of total demand in 2021 to c.34% by 2030, as illustrated in the chart below. New sources of supply will be needed to  meet this substantial new demand.

The second major growth area for graphite demand is from electric arc furnaces (“EAF”) for making steel. Steel  production using EAF technology has a much lower carbon footprint than traditional blast furnaces (“BOF”) and are  expected to continue to gain market share over the coming decades. Using an EAF, graphite is consumed in the furnace  as the electrode via which electricity is transmitted to the furnaces. Depending on the quality of the electrode, between  1.7kg and 2.5kg of graphite is consumed for every tonne of steel produced. The graphite used is always synthetic.

Graphite supply is concentrated, but there is an opportunity for new Tier 1 suppliers to emerge

The largest supply increases over the last five years have come from the synthetic graphite market, which is a derivative  of needle coke. Needle coke is produced from oil (petroleum or “petcoke”) or coal (coal tar pitch or pitch coke) through  fluid catalytic cracking. Petcoke produces a higher quality product, more suitable for use in EAF or EVs. The current  utilisation of needle coke capacity is low but forecast to increase substantially over the coming years. Substantial fresh capacity is also being built. China makes up the bulk of needle coke production capacity, with an estimated 1.1mn t/yr  of petroleum-based and 1.03mn t/yr of coal tar pitch-based capacity, although typical annual production is estimated  to be only around half this amount.

There is no shortage of natural graphite mines, however there are only a very limited number of processing projects  outside of China to make it suitable for batteries. As of the battery materials, the graphite production outside China  faces permitting, regulatory and technical challenges in Europe and North America. The ample level of graphite reserves  and spare capacity hide several bottlenecks along the supply chain which must be addressed, the most obvious being  that over 95% of the world’s natural graphite is processed in China. We see an opportunity for certain companies to unblock these supply bottlenecks and emerge to become Tier 1 suppliers, with a highly profitable outlook in the years  ahead. With geopolitical tension remaining high, most notably as a result of the ongoing deeply troubling Ukraine  conflict, the fragility of supply chains is increasingly being brought into sharp focus.

On a separate note, it is worth noting that end-markets for graphite have considerable pricing variations. We made the  assertion at the start of this report that the graphite industry consists of multiple separate markets. This isn’t only driven  by the different end uses but by the fact that each graphite mine produces a range of different flake sizes which dictates  how they are used. To get the flakes into a usable form the material must first be mined and then processed into >95%  concentrate. In many instances, notably for batteries, this concentrate is an intermediate step and it has to be purified  to a level above 99.95%. The danger for non-battery market producers is that as this market increases in scale, more  by-product non-battery grade material will be produced that swamps those markets.

How can investors benefit from this niche, yet critical, market?

Amid rising graphite prices and strong demand projections from the fast-growing EV sector, our view is that the market  opportunity for natural graphite producers is to go as far down the value chain as they can towards producing the anode  itself for use in batteries. Doing so however is a costly, complicated and in many instances a “dirty” process. Production  is also dominated by China and there continues to be a lack of technical expertise in the Western World regarding the  construction and management of upgrading plants. In the West, fully or partially integrated suppliers of synthetic  graphite will also increasingly attract a strategic premium over the coming years. The permitting and financing of needle  coke production facilities remains a challenge, so those facilities which are already built and have the potential to expand will be major beneficiaries in our view.

Most graphite development companies understand this, and consequently aim to use their mines to develop industrial  operations, with the goal to achieve superior margins. Of course, the skill set required to manage a mining company  compared to an industrial operation is quite different, and we consider these differences go a long way towards explaining why the graphite sector has been a laggard in terms of generating investor returns. Successful industrial  mineral companies must have extremely good customer relationships, which is also true of suppliers to the battery  industry. As a result, when investing in the graphite sector the analysis must go well beyond the geology, as  demonstrated by some high-profile business failures of world class deposits due to a lack of market and technical  knowledge. As sector specialists with many decades of experience investing in resources market, our Investment Team seek selective opportunities in niche markets, such as the graphite sector, with the goal of identifying undervalued  miners with strong margins and competent management, which offer exposure to the growth areas of the natural  resources investment universe.

It has been three years since Baker Steel launched the BAKERSTEEL Electrum Fund, with the goal of creating an actively managed equity fund investing in the producers, processors and recyclers of future facing speciality metals, alongside selected precious and industrial metals. The Fund’s disciplined investment strategy has a strong focus on value and risk management, alongside a particular focus on ESG research utilising Baker Steel’s proprietary in-house ESG screening and scoring framework.

The Fund has faced turbulent global markets since its launch in March 2019 and has delivered strong relative returns, compared to its peer group and the EMIX Global Mining Index (“the Index”). Alongside the Luxembourg-domiciled UCITS, the Electrum strategy has also been successfully launched as an AustralianUnit Trust, as well as a UK OEIC (launch imminent, with seed terms available, please contact Baker Steel for more information).

Please Note: This report is a financial promotion and is issued by Baker Steel Capital Managers LLP (a limited liability partnership registered in England, No. OC301191 and authorised and regulated by the Financial Conduct Authority) on behalf of ES Baker Steel Gold & Precious Metals Fund (“the Fund”). Full details of the Fund, including risk warnings, are published in the Fund’s Prospectus and the Key Information Documents (KID) which are available on request and at www.equitytrustees.com. We strongly recommend prospective investors seek independent professional advice prior to investing. This document does not constitute or form part of any offer to issue or sell, or any solicitation of any offer to subscribe or purchase any shares or any other interests nor shall it or the fact of its distribution form the basis of, or be relied on in connection with, any contract therefor. The distribution of this information does not constitute or form part of any offer to participate in any investment. This report does not purport to give investment advice in any way. Past performance should not be relied upon as an indication of future performance. Future performance may be materially worse than past performance and may cause substantial or total loss.  Some figures are approximate and are for information only, being drawn from different sources. Data and statements are as at end of reporting period unless otherwise stated. The Fund is authorised and regulated in the United Kingdom by the Financial Conduct Authority.